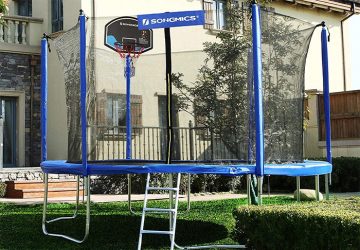 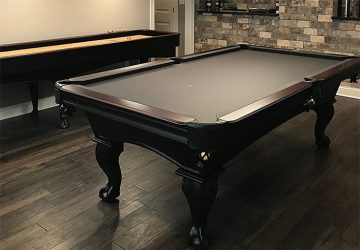 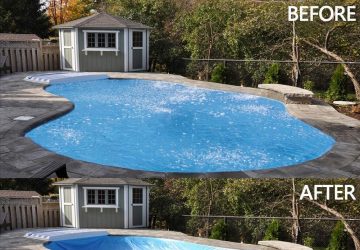 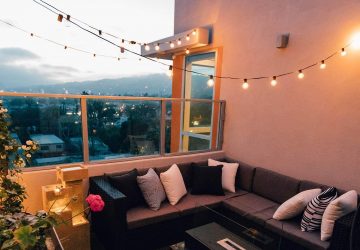 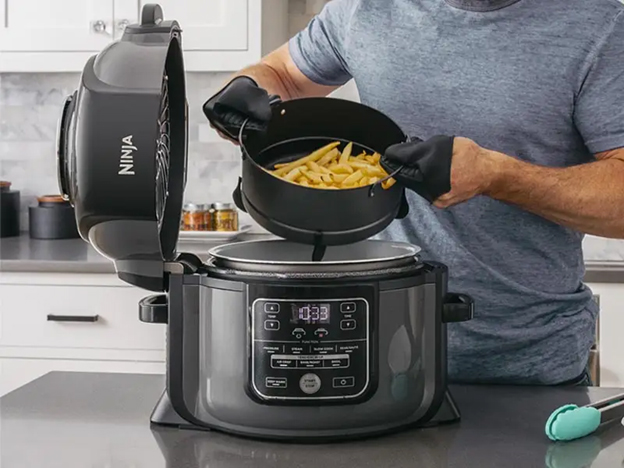 Unless you’ve been living under a rock, chances are, you’ve heard about both a pressure cooker and air fryer. Both pressure cookers and air fryers are incredibly popular and some of the hottest kitchen appliances on the market today. Both have a great following and a community of people that swear by these appliances.

Do you really need both? What are the differences between an air fryer and a pressure cooker? The similarities? Below we’ll not only go through all of that and compare pressure cooker versus air fryer but also show you the best of the best in each category.

Pressure cookers or Instant Pots are getting extremely popular in the last couple of years. Originally designed for the stove, now electric pressure cookers are available in any kitchen appliance store.

How Does It Work

As the name suggests, a pressure cooker uses pressure to cook. With a sealed pot design, the mechanism traps in steam and as the pressure in the pot increases, the steam and the pressure work together to cook the food even faster. It’s similar to a crockpot, but half the time.

When increasing the pressure, it decreases the boiling point of the elements inside when therefore cooks the food faster. Along with cooking faster, it also helps to retain any moisture allowing even chicken to stay nice and moist the whole time.

Unlike the air fryer, you can not open and check out your food mid-way through cooking. Since the pressure has to be very precise, opening it up would ruin the pressure levels. You need to release the pressure and the steam first before opening the lid, otherwise, it could be dangerous.

Compared to frying, boiling, or even microwaving, cooking in your pressure cooker retains most nutrients in your food.

With cooking your food less than ⅓ of the time it normally takes, you’re saving a lot more energy than cooking with a slow cooker or any other slower, traditional method of cooking.

As we’ve mentioned above, pressure cookers cook food incredibly fast. With the steam and pressure inside, the pressure cooker is able to cook your food much faster. This not only saves you time but money as well.

With the good comes the bad and unfortunately there are some downsides when it comes to pressure cookers.

Unfortunately, when it comes to cooking with your pressure cooker versus an air fryer, you cannot check your food until it’s done cooking. A lot of people like to monitor their food as it’s cooking, but since the pressure cooker incorporates a lot of pressure and steam into the cooking method, it’s dangerous to open the lid when it’s cooking.

Releasing Steam and Building Up Pressure

Although the cooking time is faster, with a pressure cooker, you have to allow time for the pressure to build up before and after cooking. This means even though it might only take 5 minutes for your chicken to cook, it may take 20 minutes for it to actually be ready to eat with the pressure and steam build-up and release.

Different ingredients take a different amount of time to cook. This can be a con for some people that normally like to mix everything together. For certain items to cook properly, you may have to cook them separately in a separate pot and then add it all together in the end. This makes one-pot dinners not as similar as a crockpot and is much easier to achieve in an air fryer vs. a pressure cooker.

Air fryers seem like they are taking over the world with a healthier alternative to frying and preparing your food.

How Does It Work

An air fryer works similar to a convection oven and consists of a fan and a heating element that helps to circulate the hot air around the food. The air circulation helps create crispier, almost fried like foods, without the use of oils and fats. This circulation also ensures that all food is cooked evenly and the flavor remains intact.

To let the hot air out, there is an exhaust vent that allows the air to escape and avoid overcooking your food. The cooking times are also less than a traditional oven with the style of cooking but not as fast as a pressure cooker versus an air fryer.

There are a lot of benefits that come with cooking with an air fryer.

By using up to 80% oil than traditional cooking options and the fan circulating cooking method, you can get a crispy, delicious food, a lot healthier than frying.

Depending on the air fryer, you can simply press the chicken button or the potato button and the air fryer will perfectly cook your food without you having to monitor it. It also cooks it incredibly fast which saves you time and also money on your energy bill.

Just like the pressure cooker, the air fryer also has some downsides as well.

Since food is typically cooked inside the air fryer at temperatures ranging from 300-400 degrees Fahrenheit, it’s no surprise that sometimes unfortunately food does get burnt. This is why it’s important to read your particular air fryers instructions since not all air fryers are built the same and cook your food according to those instructions.

Without using much oil at all, there are some foods that may taste a bit bland to what you’re used to. You may have to experiment at first with different ingredients, cook time, and temperatures before you truly get the hang of it.

Not all air fryers are built the same and some are larger than others. Air fryers vs pressure cookers are generally a lot smaller and can’t cook an entire meal for a standard size family. A pressure cooker can normally cook everything you need for dinner in one pot, whereas an air fryer may only be able to cook a side for the family or meat for 3-4 people at one time.

The Difference Between an Air Fryer and Pressure Cooker

As you’ve seen above, there are already some notable differences and similarities between an air fryer and a pressure cooker.

With an air fryer, you can check your food as many times as you want during the cooking process. When cooking with a pressure cooker, you cannot due to it being dangerous with the steam and pressure build-up.

Both an air fryer and pressure cooker cook food quicker than traditional cooking methods but they each have their strong suits or types of food they cook better than others. Air fryers cook crisper foods better like chicken wings, fries, and vegetables. The pressure cooker is capable of cooking all those items as well, but it will deliver a more juicy result and not crispy.

Pressure cookers are able to cook whole meals in one dish, depending on the types of food you’re cooking together. Air fryers tend to cook a main or a side at once due to it’s smaller size and cooking style.

If you’re looking for a quick and healthier alternative to provide your food with a lot more flavor with a fraction of the oil and fat used in traditional cooking, an air fryer is what you’re searching for.

Alternatively, instead of comparing an air fryer vs. pressure cooker, if you’re interested in both appliances, there are pressure cooker air fryers on the market today that combine both cooking styles in one device and may be worth your consideration. 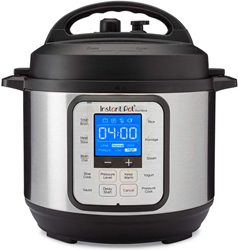 Over 100,000 Amazon reviews, this Instant Pot is one of the best and most popular pressure cookers on the market today. 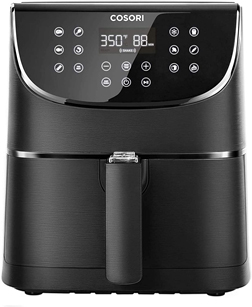 There are so many air fryers on the market today. This one from COSORI is one of Amazon’s top-rated Air Fryers with over 16,000 reviews.

Communicate Around Your Home with Wireless Intercom Systems 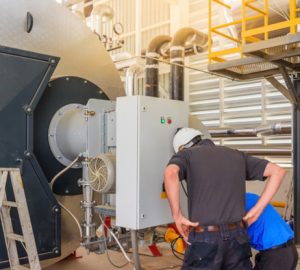 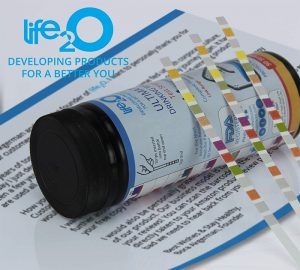 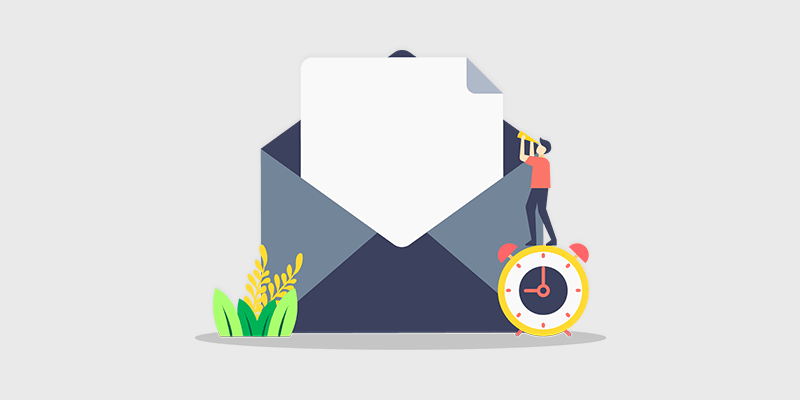